You have already brought plenty of excitement. 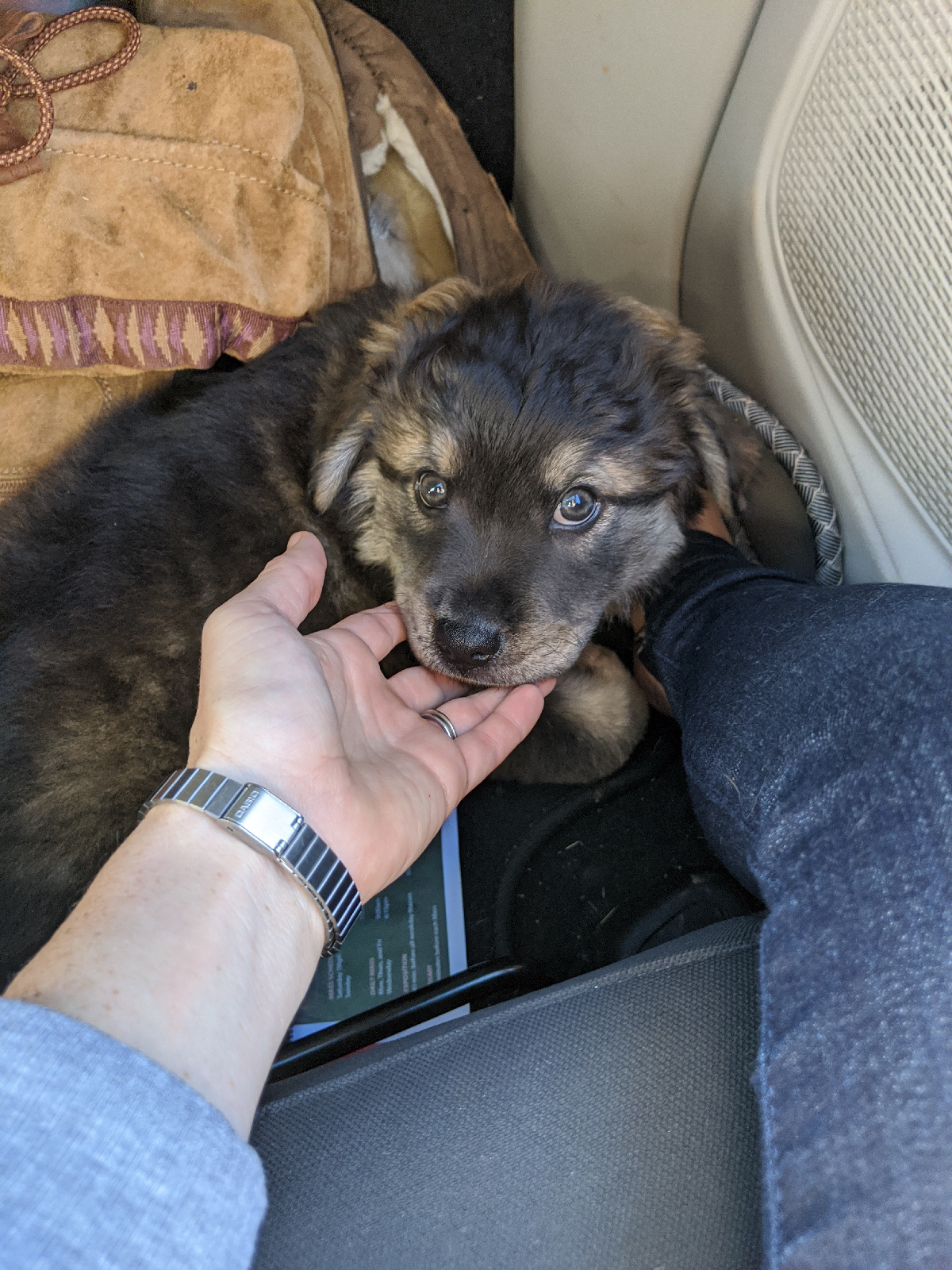 We brought Cocoa into our lives shortly after Christmas. The vet predicted she'd be 60 or 70 lbs, Wisdom DNA says you're Chow and Chihuahua... she looks like a Chow, German Shepherd, Pomeranian, Australian Shepherd and Chihuahua all mixed up. She's so fluffy!!! 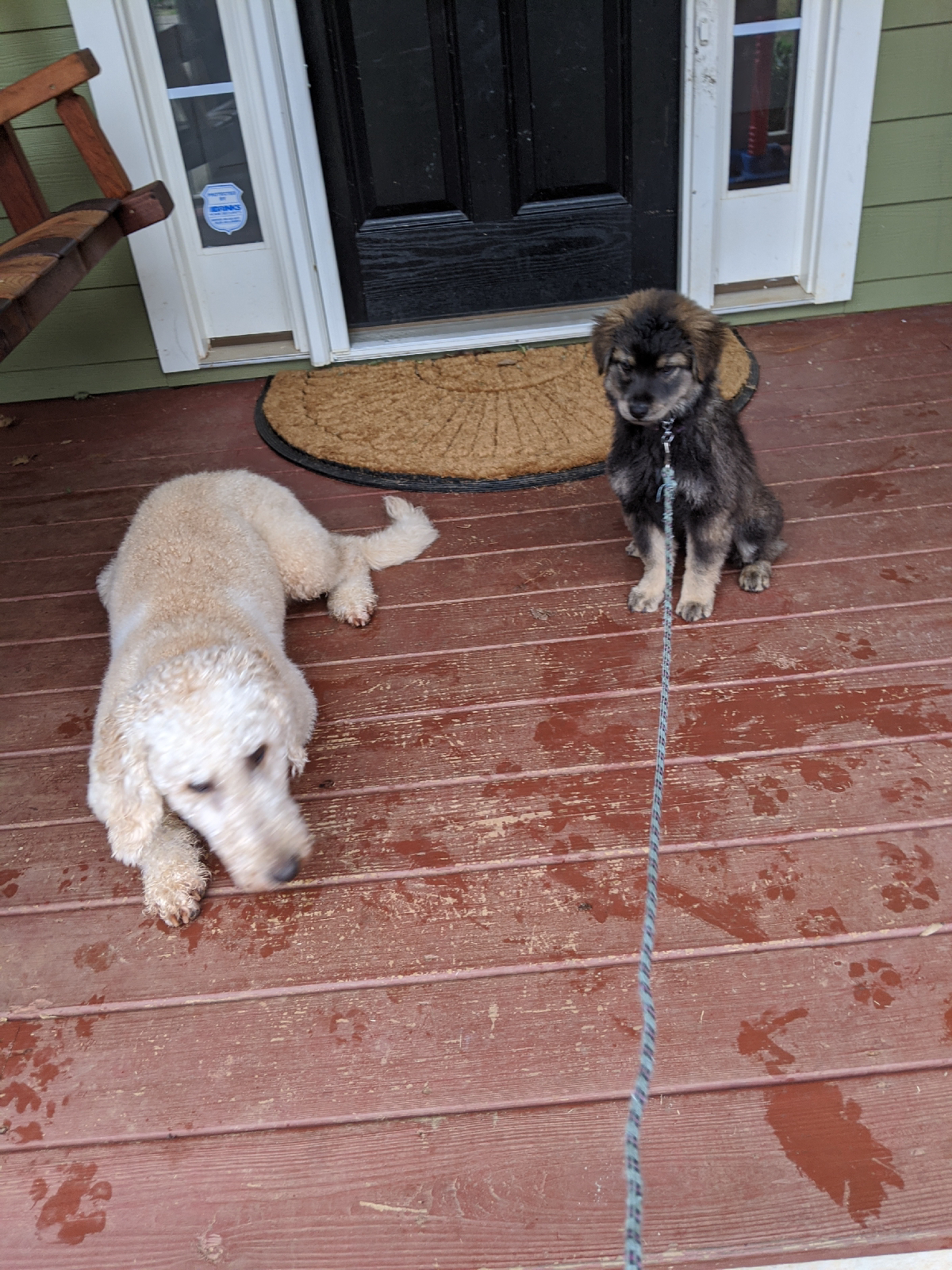 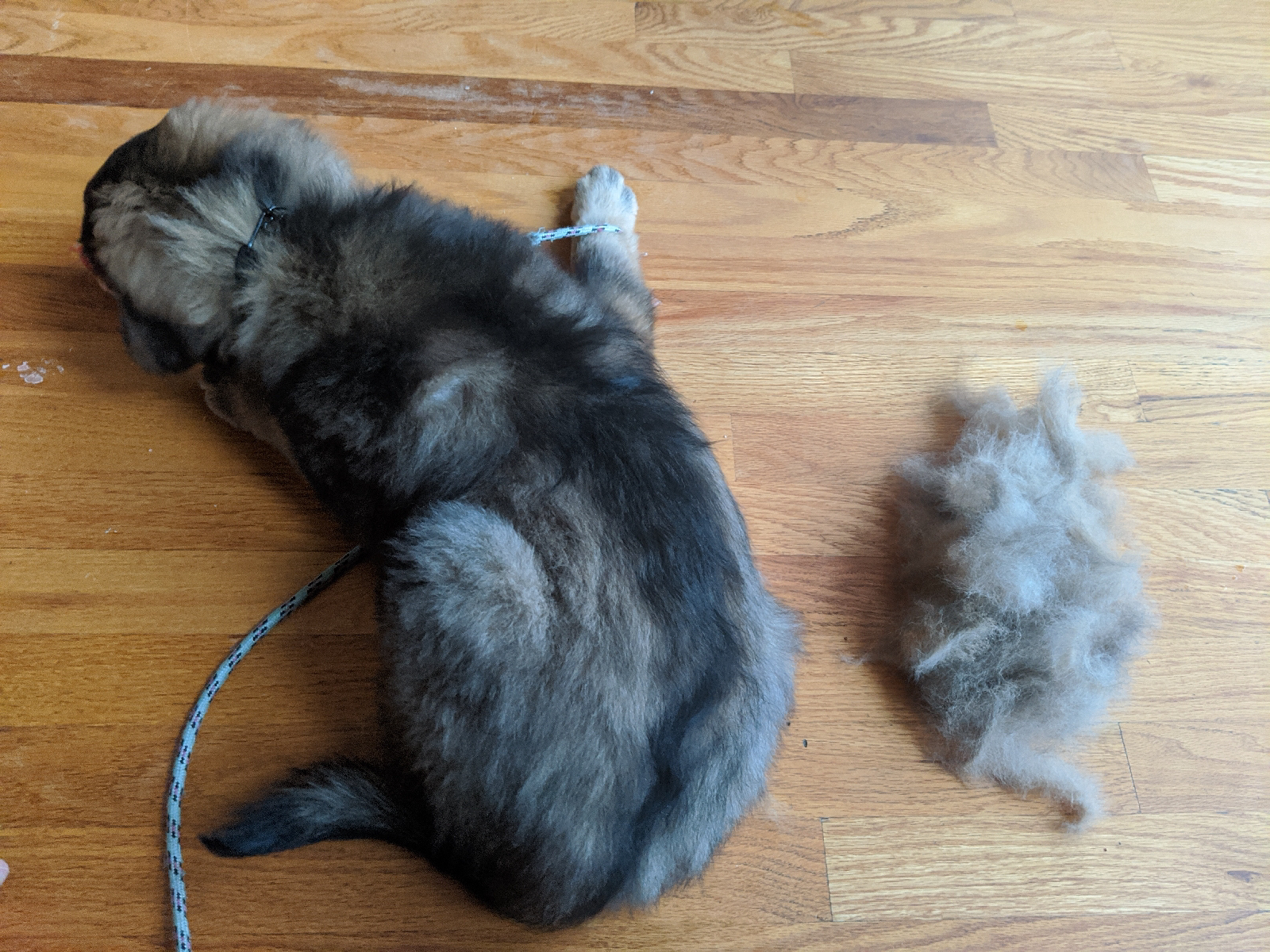 We had the flu for a couple of weeks. We didn't go anywhere while we were sick. It gave me time to actually get our school routine up and running. Last year I always felt behind. Not now. Reusable sticky post-its have been a game changer for the syllabi and school books. Chalkboard checklist has been awesome for keeping track of each boys' subjects. I'm finally feeling a little more on top of their academics. 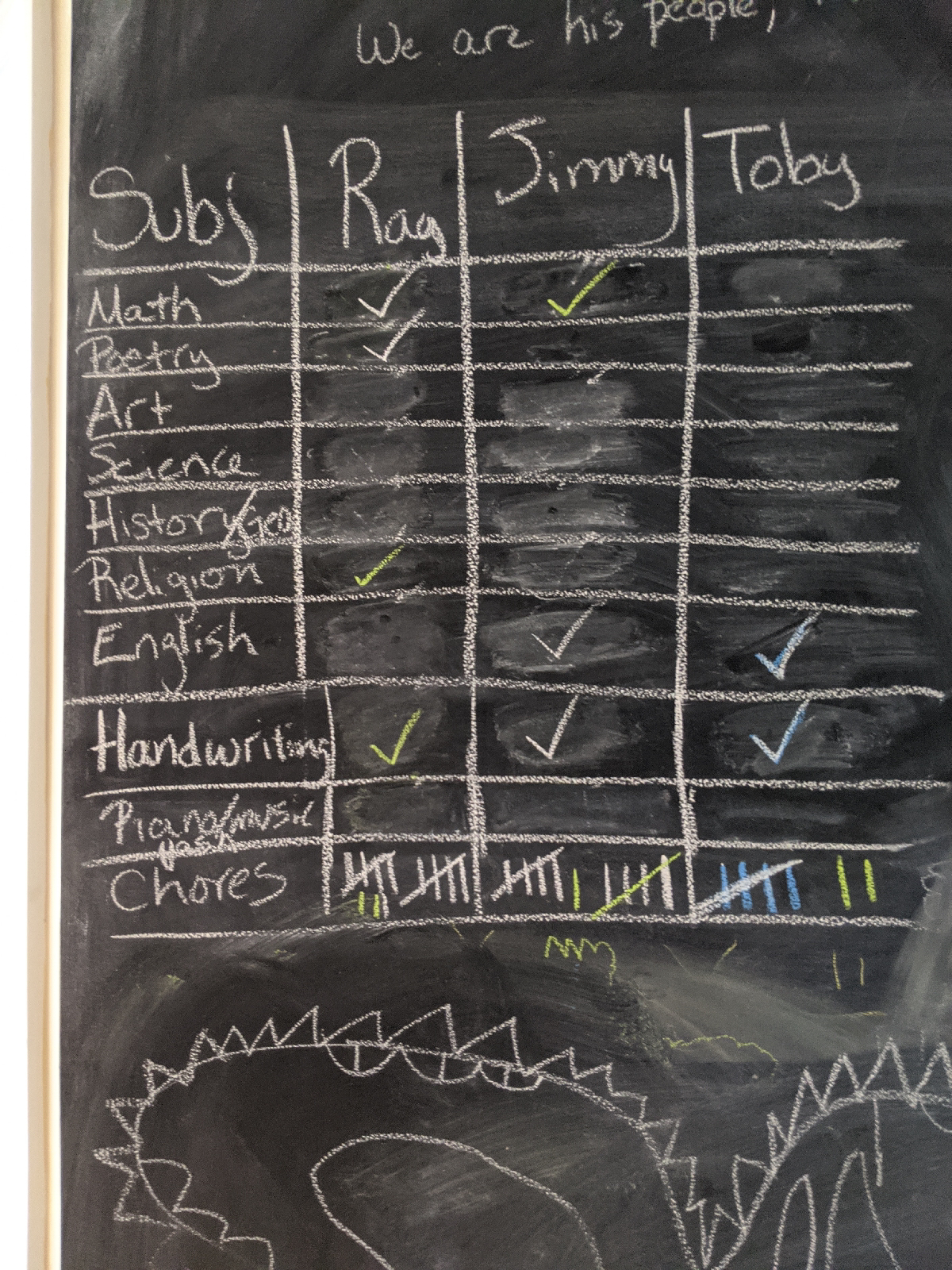 The latest news is that Bernadette has decided to use the toilet. I asked her last week if she wanted to poop in the potty and she said yes. And she did. Since then Toby has been evicted from pull-ups and diapers. He got some new Spidey undies out of the deal, so he's okay with it.
Bernadette got new undies too. I didn't even know they made them for kids this young. 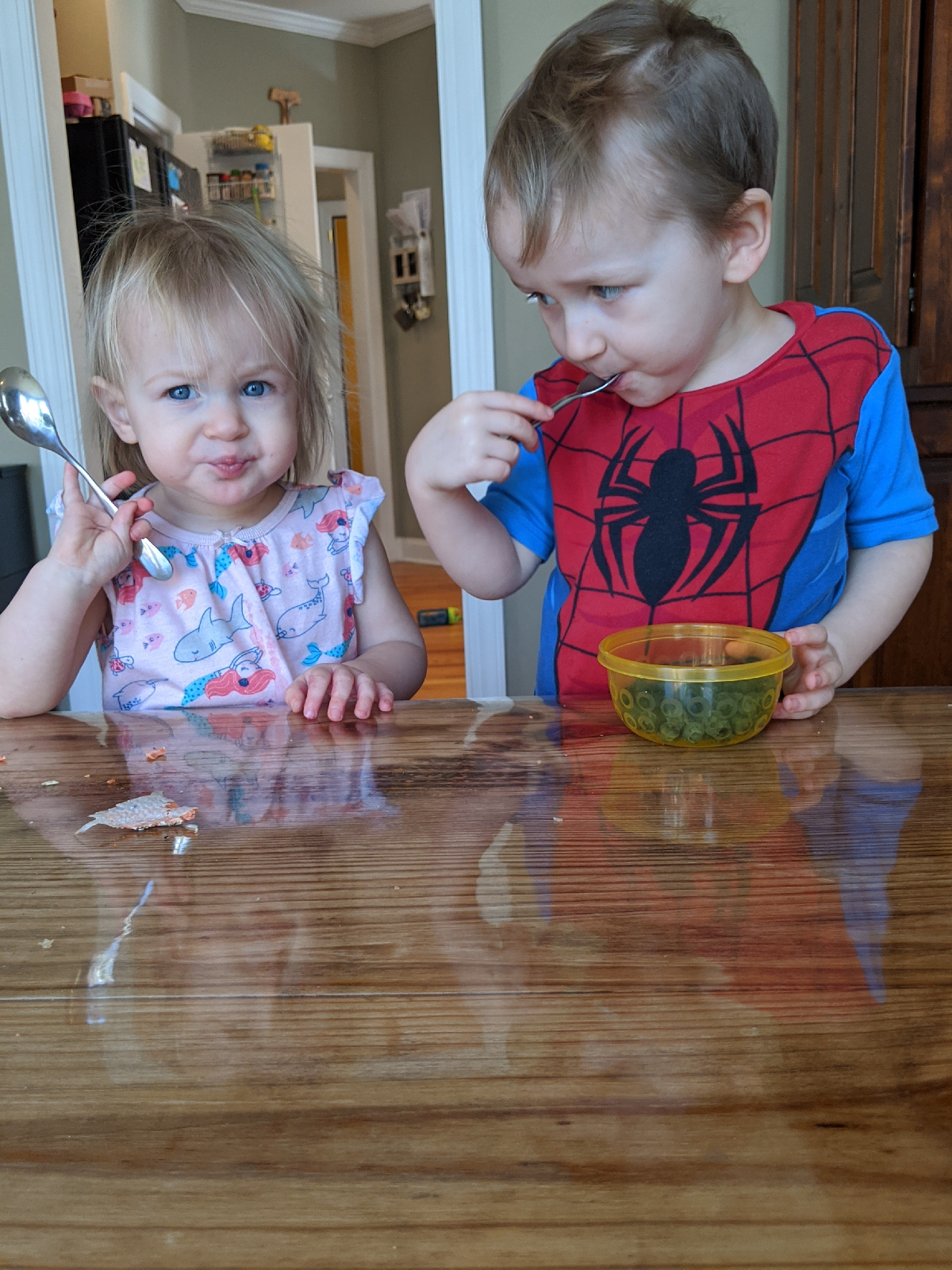 I took Cocoa out and said, "Go pee!" Bernadette followed us outside and proceeded to pee in the grass... while wearing her new undies. I'll take it. 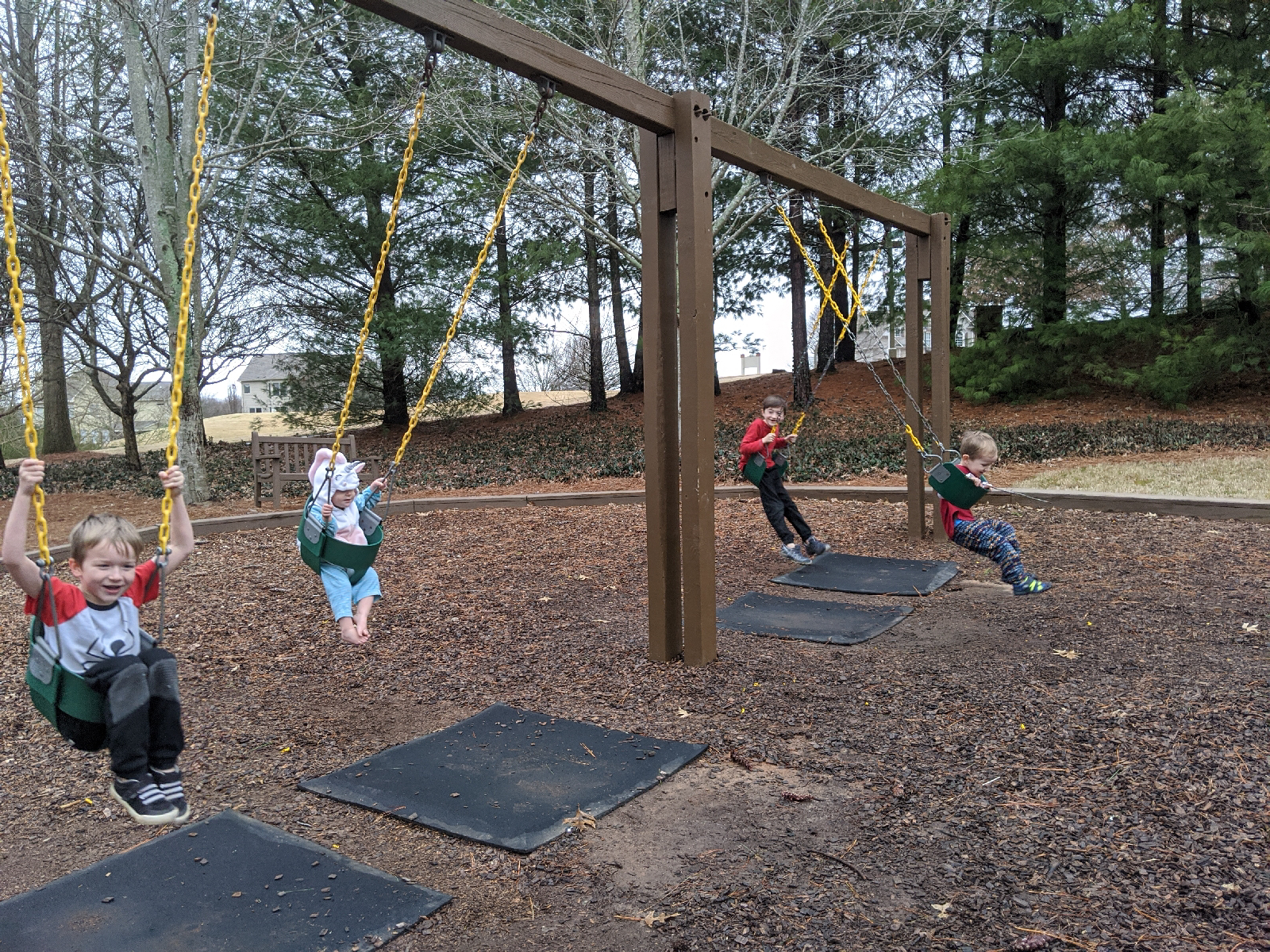 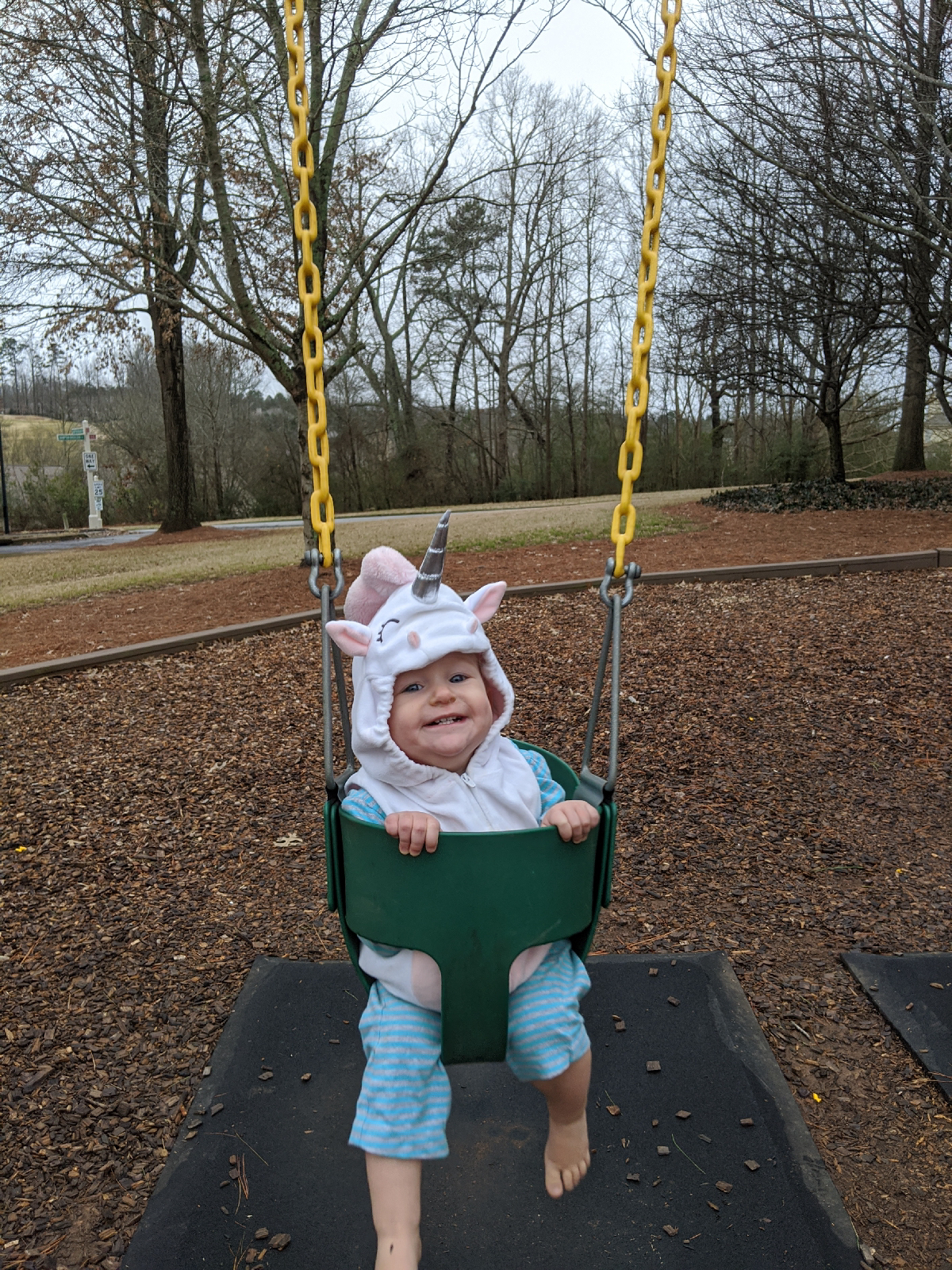 This morning we found out Cocoa had somehow escaped from her crate during the night (my theory is Bernadette slipped the lock open... those two are trouble). There was poop everywhere! Thankfully it was easy to clean up.
Cocoa slept almost all day after her night of shenanigans. 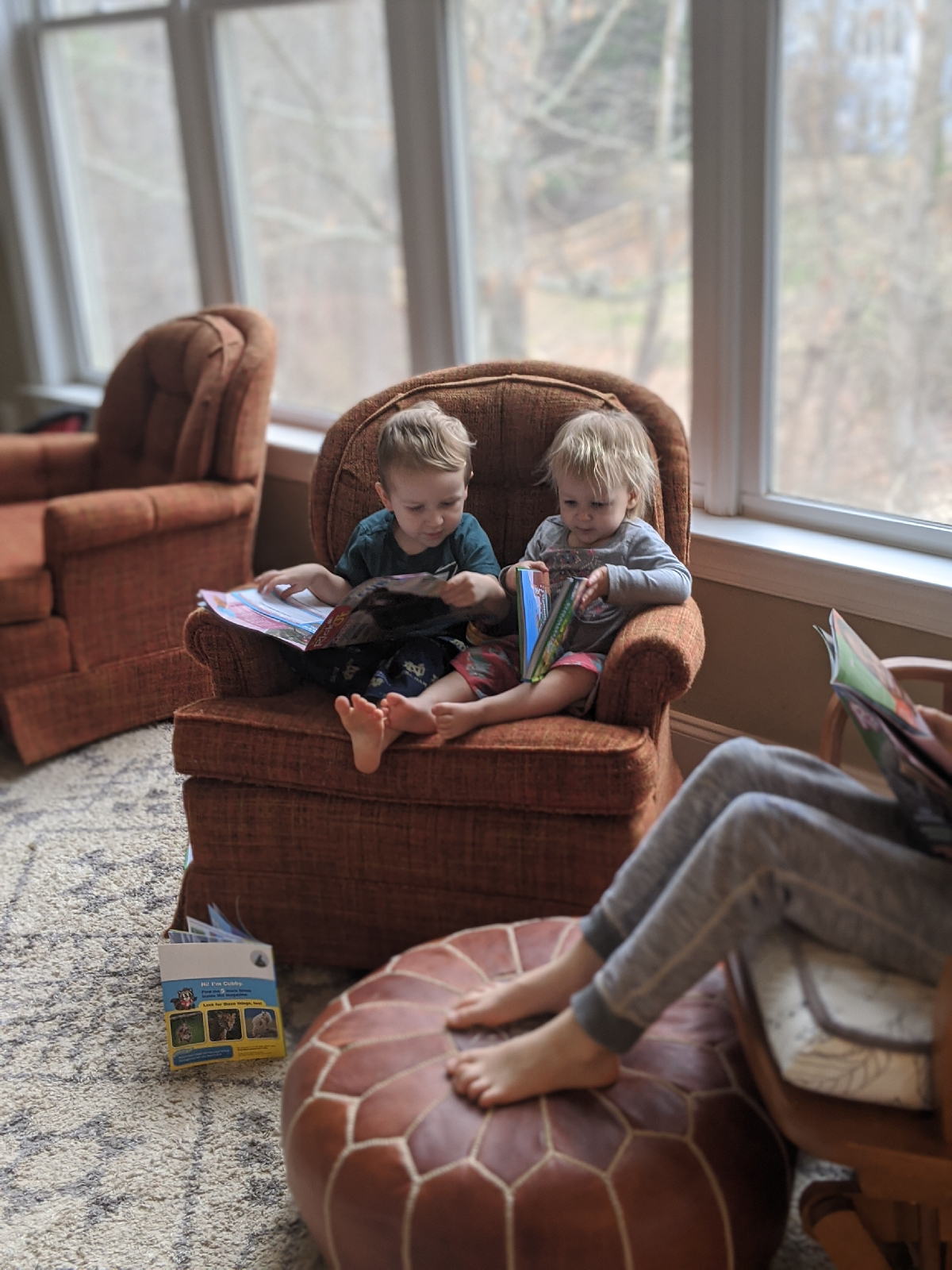 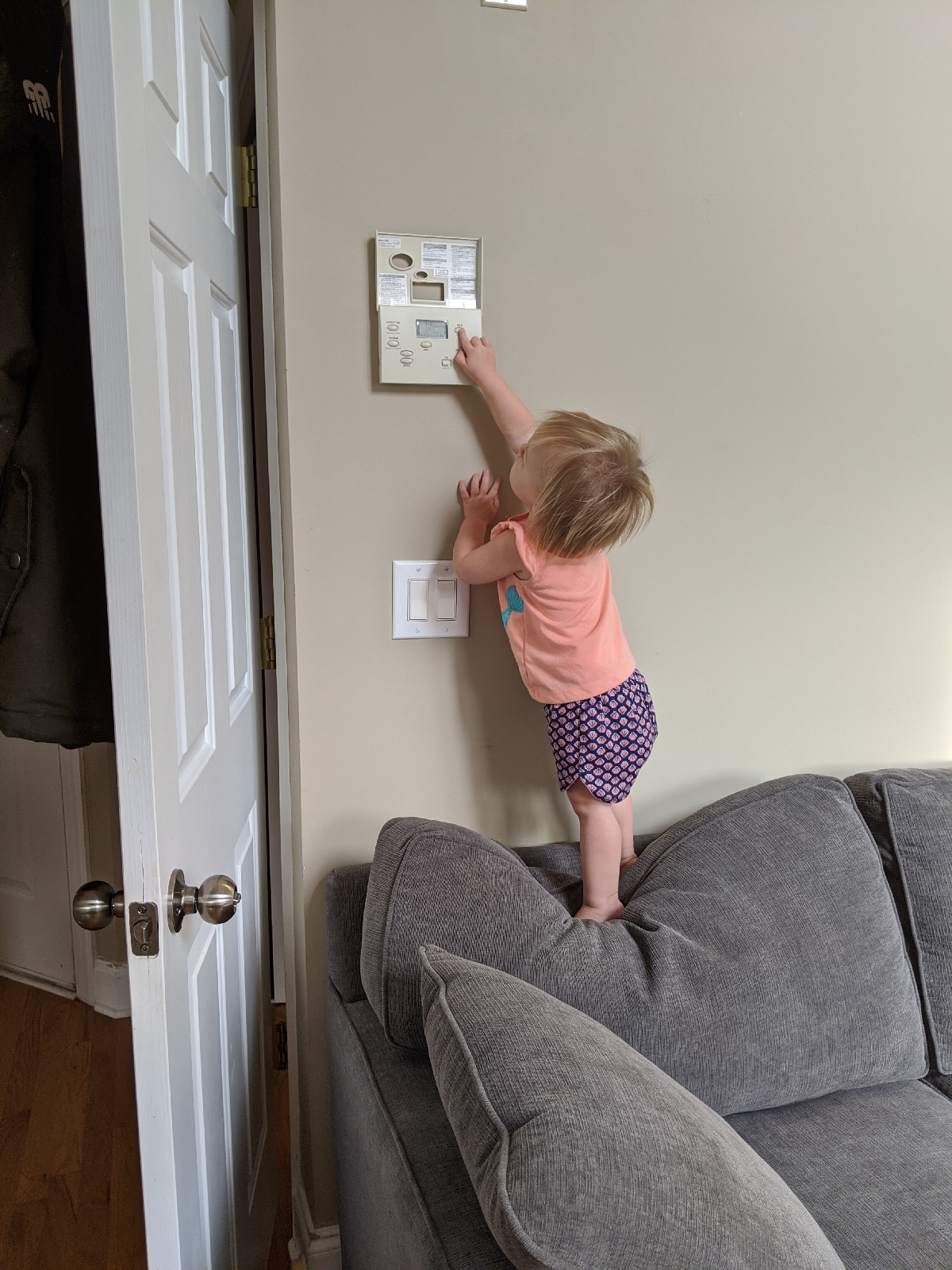 Two weeks ago we visited some friends who had a ton of baby chicks. Ray sat holding and watching them for hours in the brooder while we were at their house. Greg decided to bring a couple home as our classroom pets for a little while.
I was shocked.
I've been asking for chickens for years.
Ray gets twitterpated for a few hours and BAM! we're bringing chickens home!
They hung out in our basement for the past two weeks and we got to hold them and care for them and watch how fast they grow. When it was time to clean out the pen I decided it was time for them to go home.
Ray said that it was hard to hold them and they didn't like when he held them. All I could think of was the phrase, "she's just not that into you."
🤣
I was worried Georgia would find them. Or the HOA.
Maybe we'll have some different classroom pets in the future... ones that aren't so noticable. 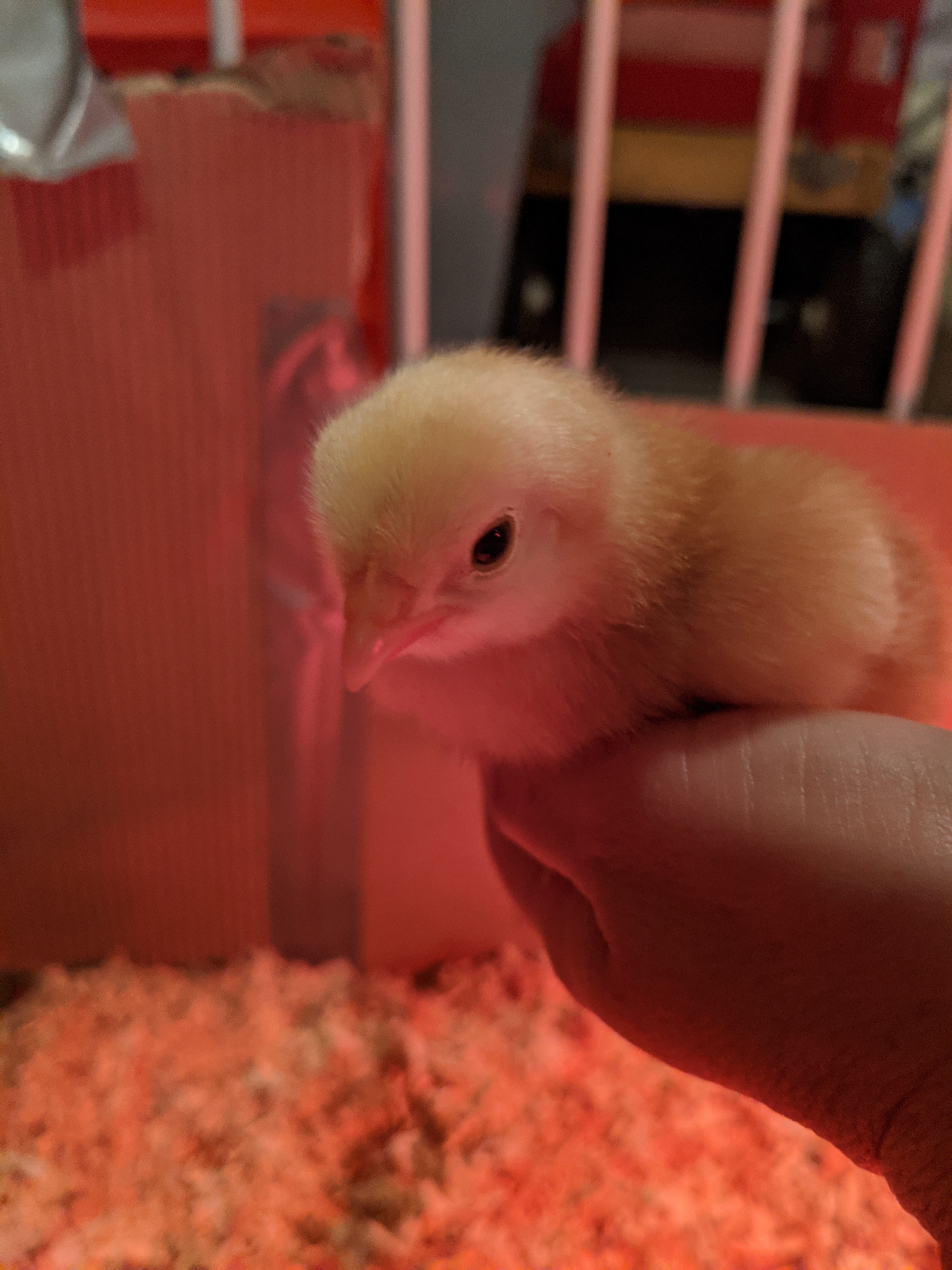 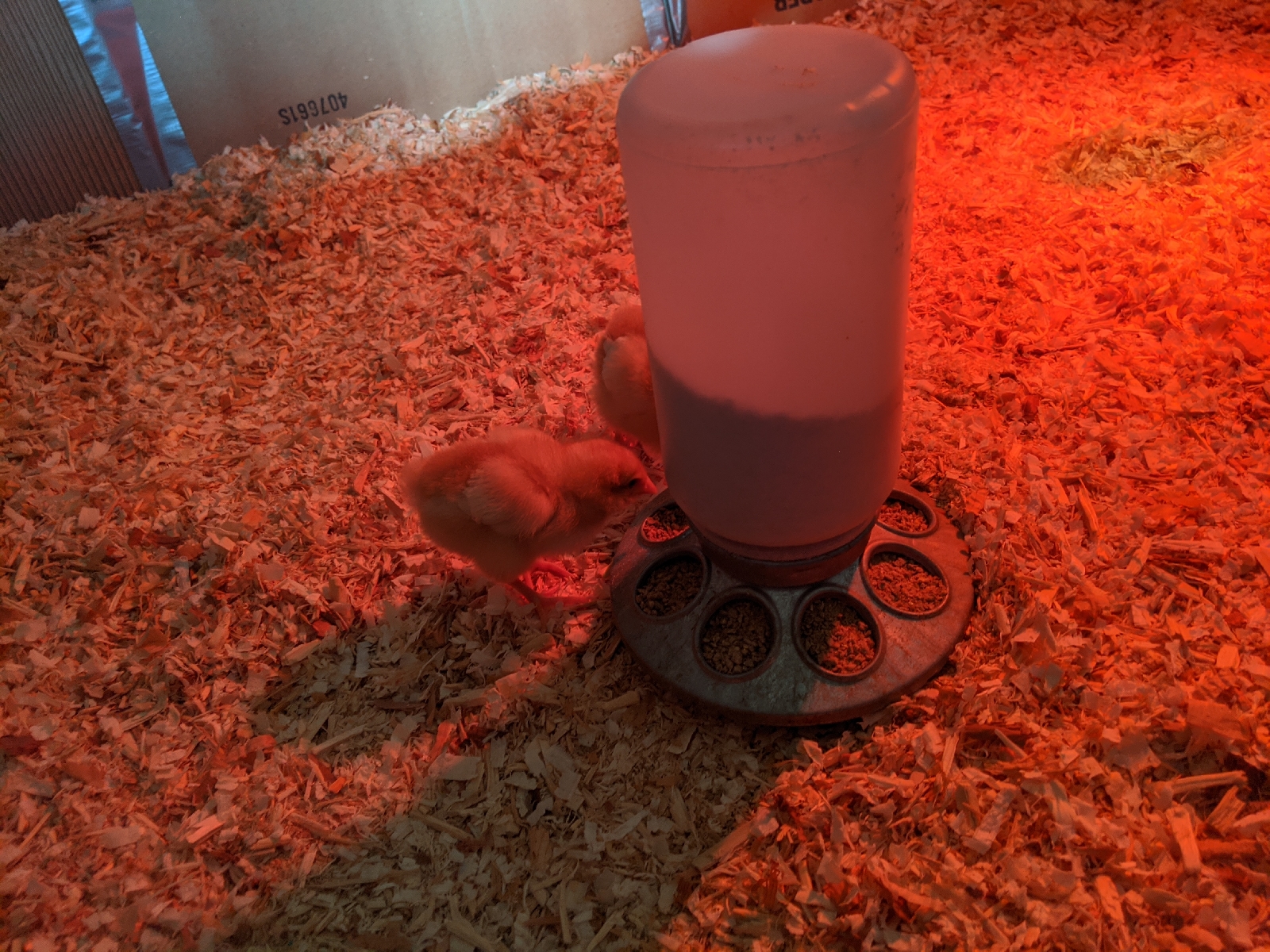 Lately, for various reasons, I have really tried to stay away from social media apps. I have also been keeping the boys off all technology. At bedtime one night we were discussing what our bodies are doing when we play on technology (nothing, except for Just Dance at my mom's house).
We talked about how much nicer we are when we are off technology... how I'm a nicer mom.
I told them someday they will be grown and gone and I don't want to miss out on the time I have with them now.
Jimmy said, "Well then you'll be a grandma. Who doesn't love a grandma?!?" Ray says, "I think you should practice being a grandma right now." I asked, "Like how?" And he said, "By making us cookies." 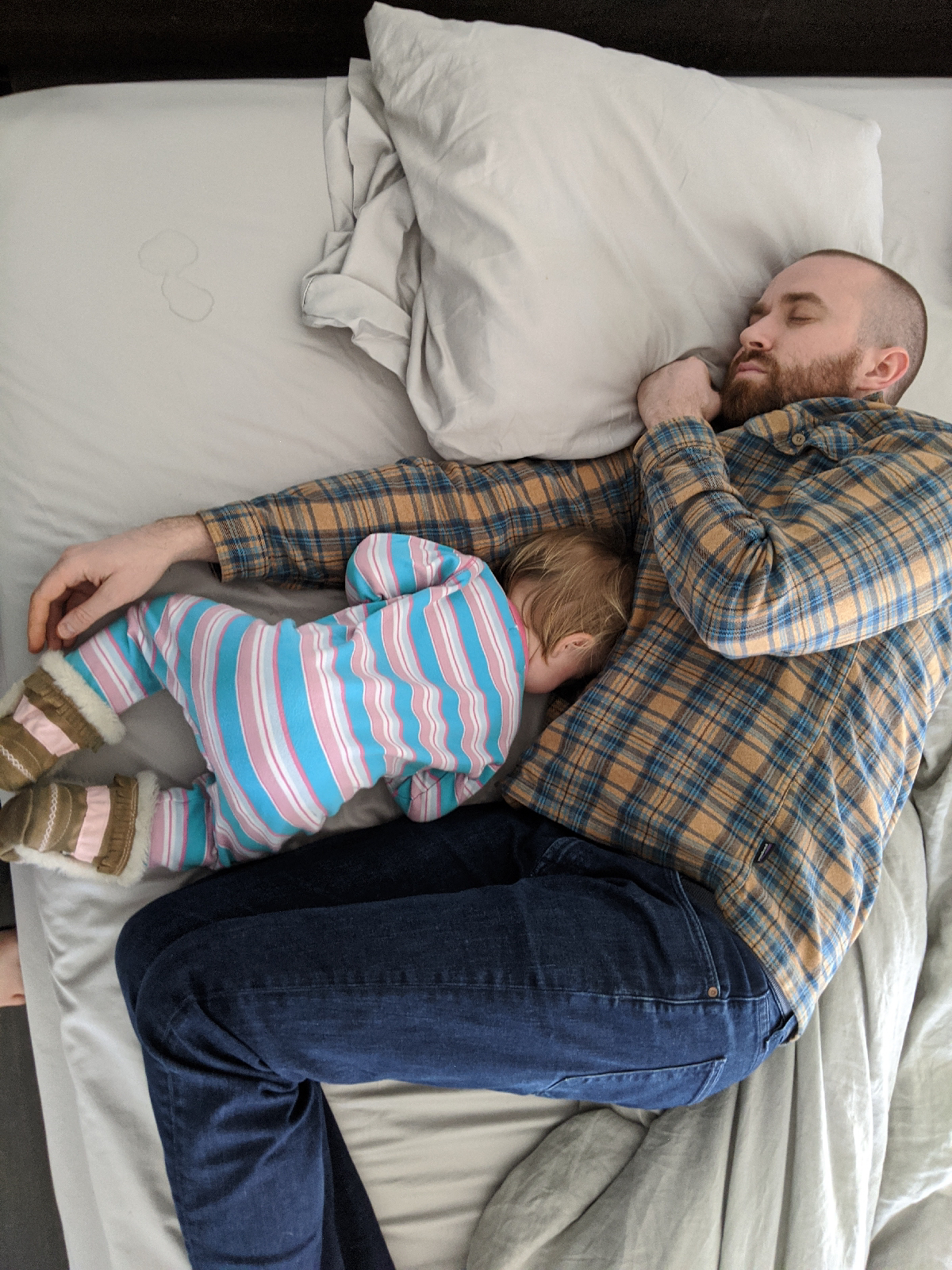