May 15, 2015
Moving is coming along nicely.  I have moved a ton of the toys into storage. I just cannot keep up with cleaning and moving. Maybe it's because every time I feed someone, this happens... 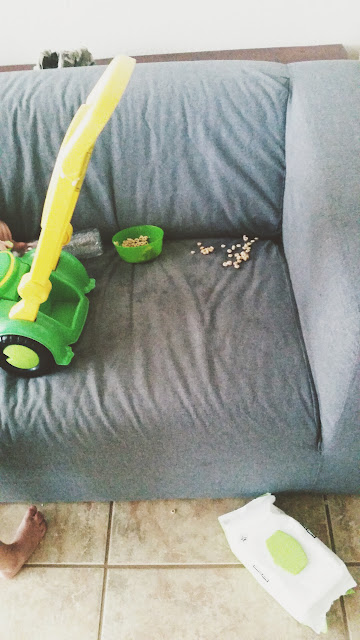 **EDIT**Before you say something like, "that's why you shouldn't feed them on the couch in the first place"... I would like you to know that A yes, I know, thanks Mom, now I know why you still make us eat in the kitchen; B the table/highchair probably looked worse than this at the time; and/or C Jimmy was asleep when Ray started eating, but obviously not for long.**

What does moving things into storage look like with kids in tow? 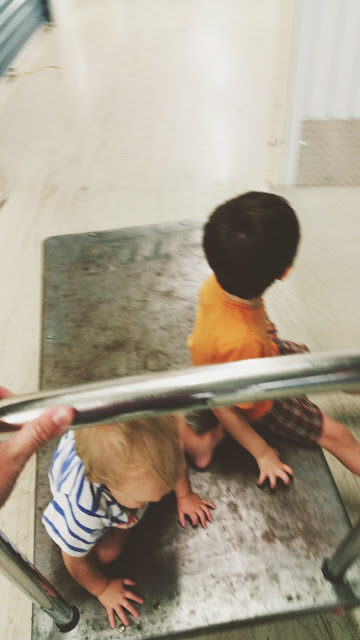 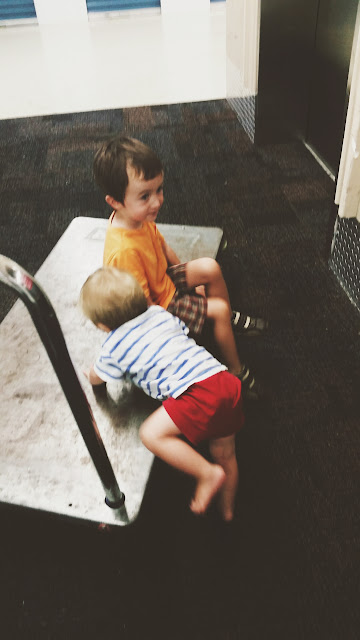 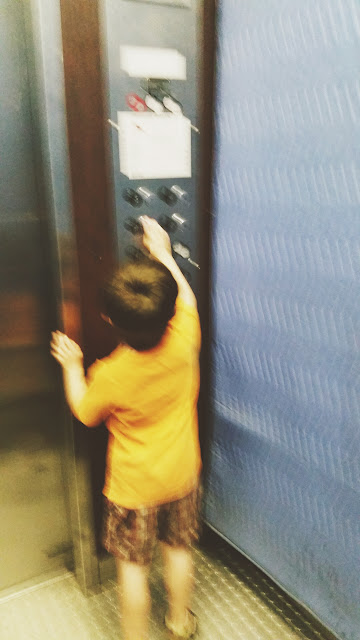 best job in the world!
Ray had a fever for a few days this week. His only complaint was that his head hurt.  Greg said I should bring him by the clinic.  Turns he has an outer ear infection.
I like to keep the air conditioning off in the house and the car. I keep our windows rolled down.  So, of course when we show up at the clinic, poor Ray has a rash on his face.  I get him home and it has spread all over his bum and legs.  I cranked up the ac and stuck him in the tub, hoping to cool him off and that the rash would disappear. It's slowly going away.
For you Doc McStuffins fans, Ray says, "Look, Mommy! I have Mystery Pox!" 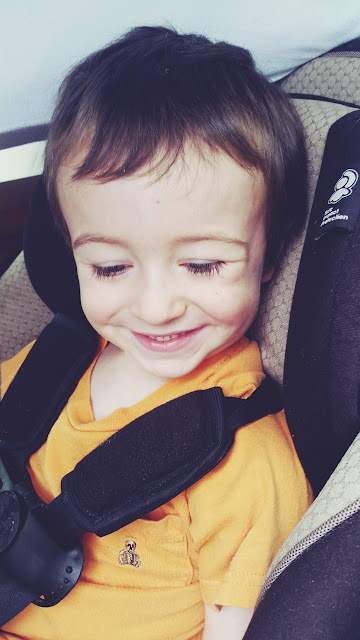 obviously suffering
Ask me why he has an ear infection in the first place.
Because Greg took him to the pool this weekend. And he jumped off the edge over and over and over again, dunking his head underwater each time. The last time I took him, I had to threaten him to jump just once. Thank goodness no one was around. Imagine hearing a kid say, "Mommy, no putting me under the water. No going under the water, Mommy!"
I'm glad Greg got to reap the fruits of my labors.

We sleep on Japaneses futons the floor. They need to be aired out every once in a while.  I chose Monday. Apparently Monday is also landscaping day. 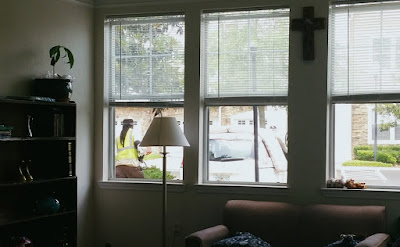 see the beds on the car? good. now see the landscaper?
I gave the kids chocolate chip cookies and stuck them in front of a movie to distract them while I made the beds after they spent the day lounging in the sun (the beds... not the kids).
I finish and in runs Jimmy, mushy half-eaten cookie in hand, chocolate covering his face, faceplanting into the freshly made bed, rolling around and rubbing off the chocolate off like it's his very own personal gigantic body napkin. 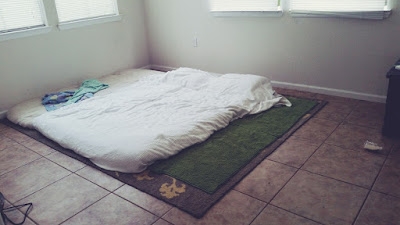 chocolate schmear hidden under the blanket
Jimmy's a maniac.  He loves dancing.  I turned off a movie as the credits came on and he screamed. He'd waited to the end just to dance to the music during the credits. Jimmy dancing looks like a Sumo wrestler preparing for a fight. Wide leg stance, squatting and stomping to the beat. He even yells along with a gutteral, "HUH!"

I told Greg that it really doesn't matter that the toys are gone.  It's just as messy as before because now the boys pull everything out to play.  But I'm okay with that.  They're actually playing with everything they throw around, instead of just playing with a few things they dig out of the huge pile they dumped in order to find what they wanted in the first place. 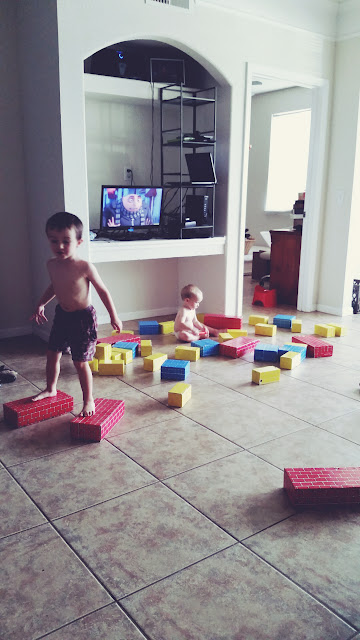 Me: "What are you doing?"
Ray: "Playing with those blocks. And blocking them." 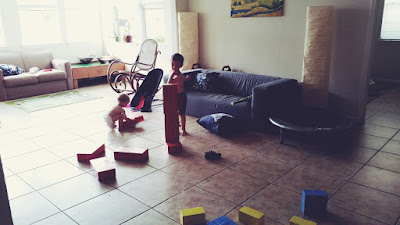 I finally cut the boys hair. It was a messy messy job. Ray said, "Look! I have hair on my arms like Daddy!"
They're waiting until Greg gets home to get a bath.  That's why they're half-dressed in most of these pictures.
I would have vacuumed them off, but their fight or flight response kicked in when they saw me coming and they ran away. 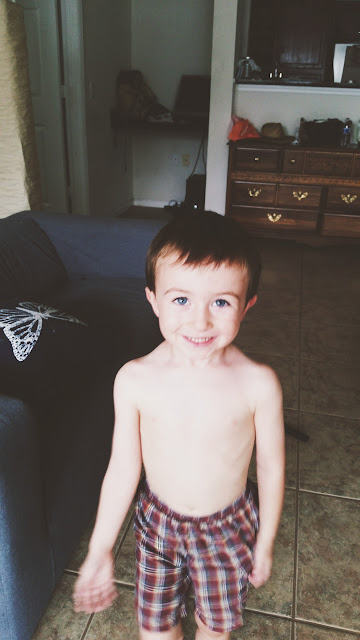 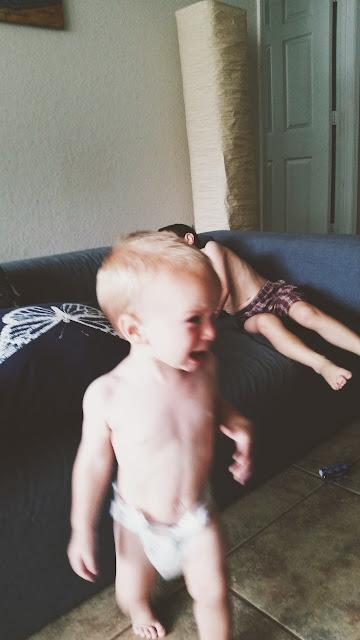