December 31, 2015
***This post was sitting as a draft for the past four months. Better late than never!***
Ray's birthday was a success.
Greg watched Ray and Jimmy Tuesday morning so I could run to the store for last minute birthday presents.
Ray's birthday events: Maple Street Biscuit Company for breakfast, Publix (because Ray asked to go...and we needed a cake...and punch balloons); Greg who had just come off working nights said I could put it on record that he asked me to drive home (I told him he could make it); at home he 'opened' his presents (and by 'open' I mean take them out of a giant brown paper bag); played and watched Wild Kratts until yummy bday dinner of spinach spaghetti (Ray's favorite) and cake (Ray's other favorite). 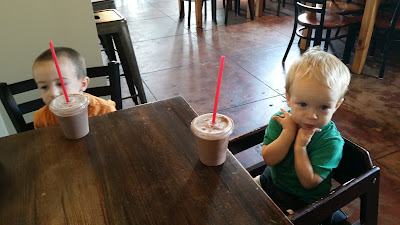 picture from prior week when we visited Greg at work
AND we had a fantastic day-after-birthday zoo trip with friends!! 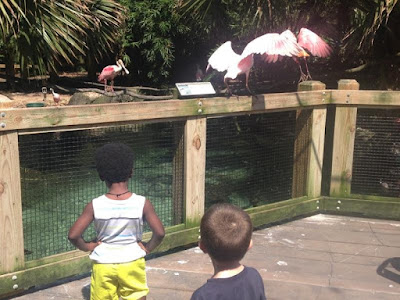 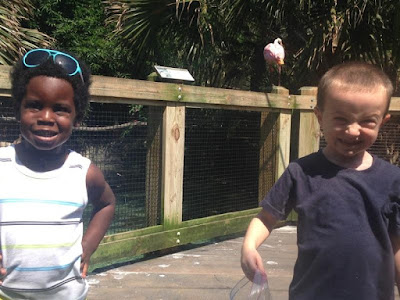