We live in an apartment.  The closest park is two or three miles away. Not bad, right? Add the ten minutes it takes to load the kids up in the car, plus the thirty minutes it takes to get them dressed with hot cocoa sippy cups in hand, and the additional hour or so it takes for me to get ready (with kiddie interruptions).... getting there is never as easy as it should be. And the play equipment there is more like adult size, but that's besides the point.

Outdoor time is a scarcity around here. I know, I know, I've had nice beachy pics up.  That's because Greg was here and we all know that four hands are waaaay better than two. I wanted to get outside and it turns out there's a shortcut to the park through a swampy, gigantic, 43 acre undeveloped park. Here, I drew a map just for you: 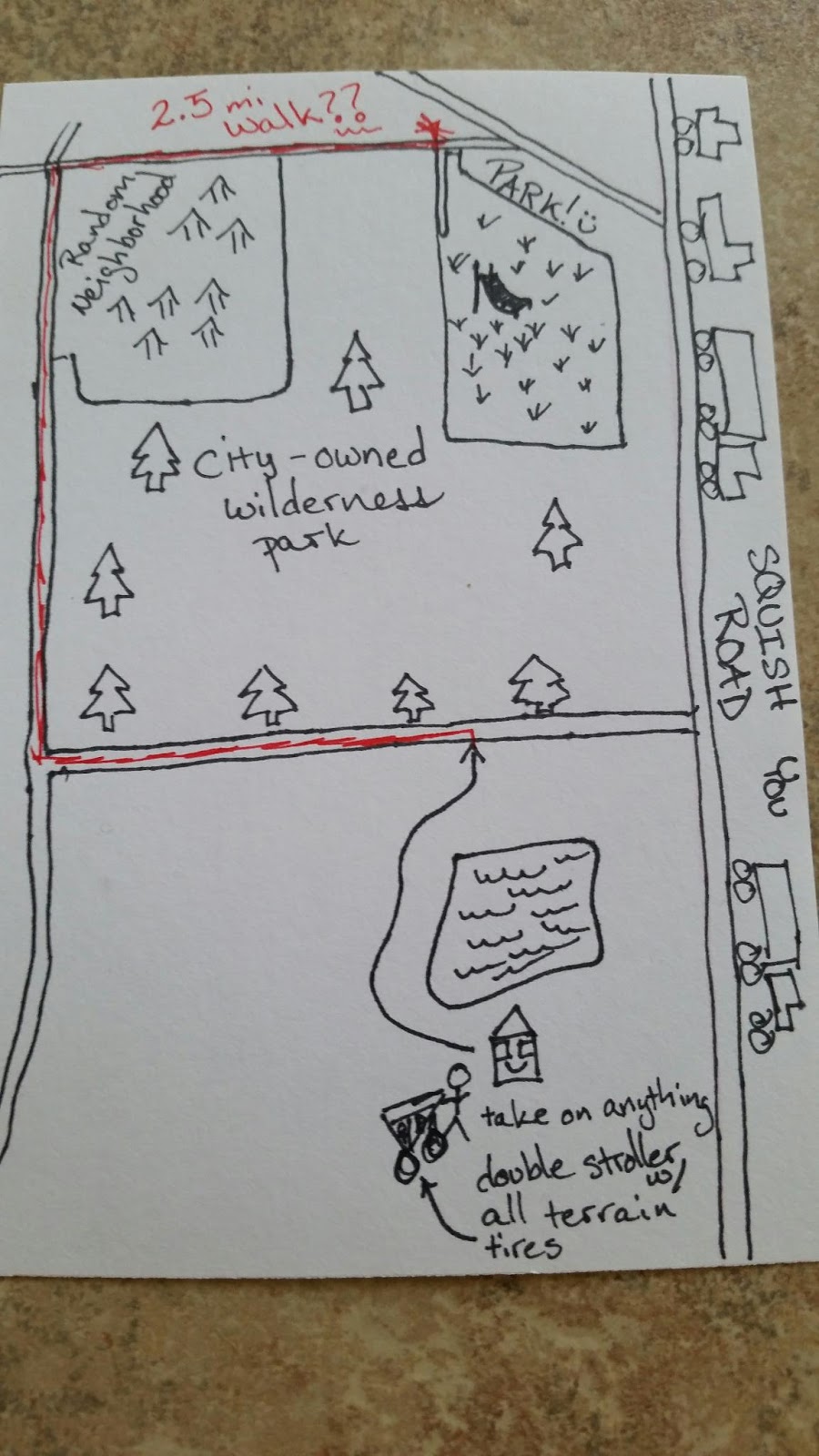 Over the river and through the woods to the park we go.  I packed snacks and hot cocoa and blankets and a toy zebra and all the rest of my crap and we headed out. We crossed the street which is where the "entrance" should be. I scanned the wall of pine trees until I found an opening.
Here's how our trip went:
And I discovered that my old rainboots are no longer waterproof... especially the left one.

I went on dragging the stroller and felling small trees wondering if this is sort of like Crossfit?  And how much further? Then we came to some sort of clearing/dirt road prettiness. 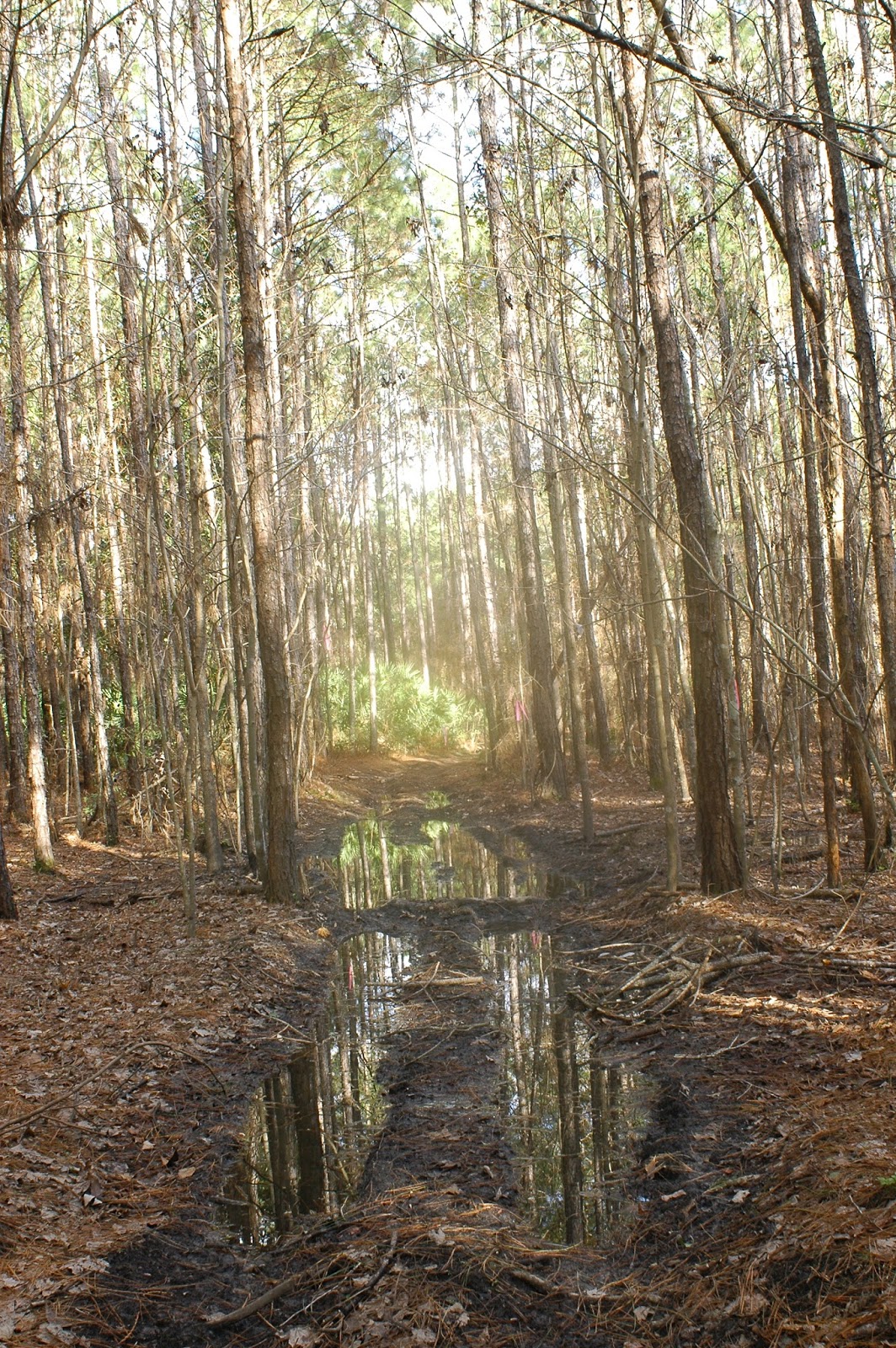 didn't have to push through this 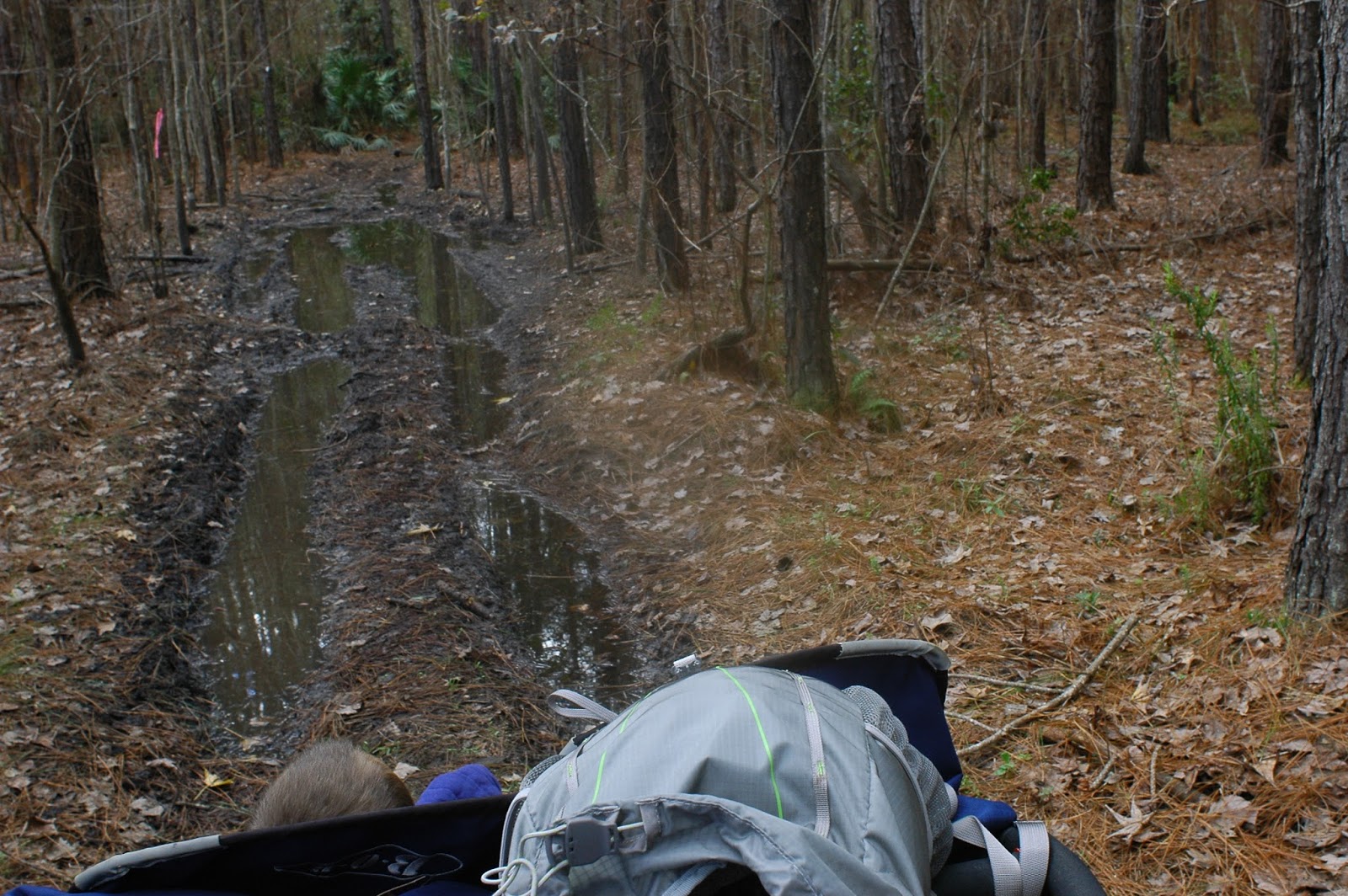 because we came from that path on the right 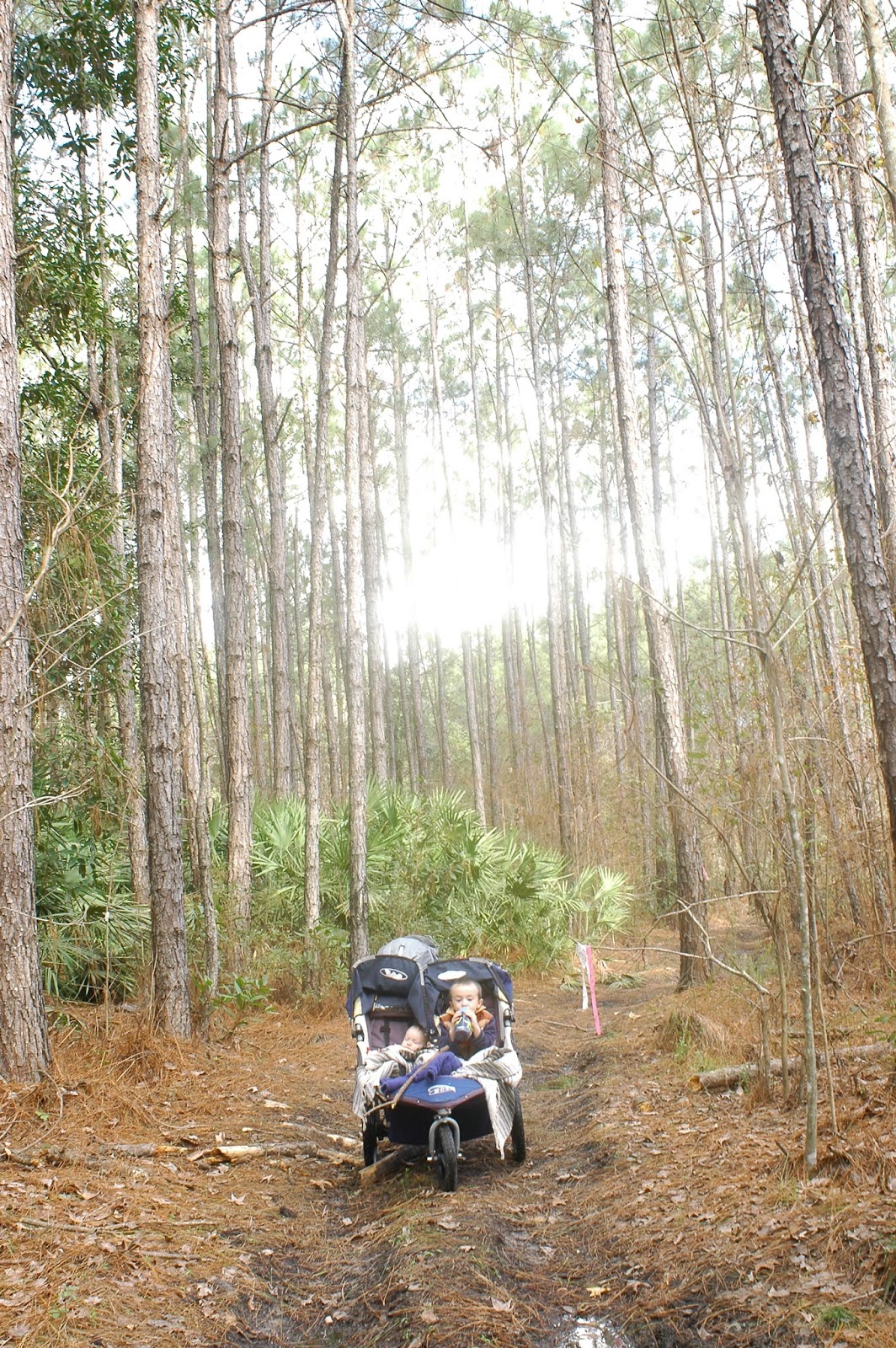 here's our adventure time souvenir
We got to the point where we could not go any further, and then Greg called saying he was almost home. So, we trudged back (which went much faster) and met him at the entrance.

Later that night, I told him I felt a little embarrassed about the whole thing. We never made it to the park. Ray didn't even get out of the stroller. I just wanted to go out there because I'd never done it before.

He's right. It was fun and ridiculous and a lot of hard work, but we got away from the apartment and lived. 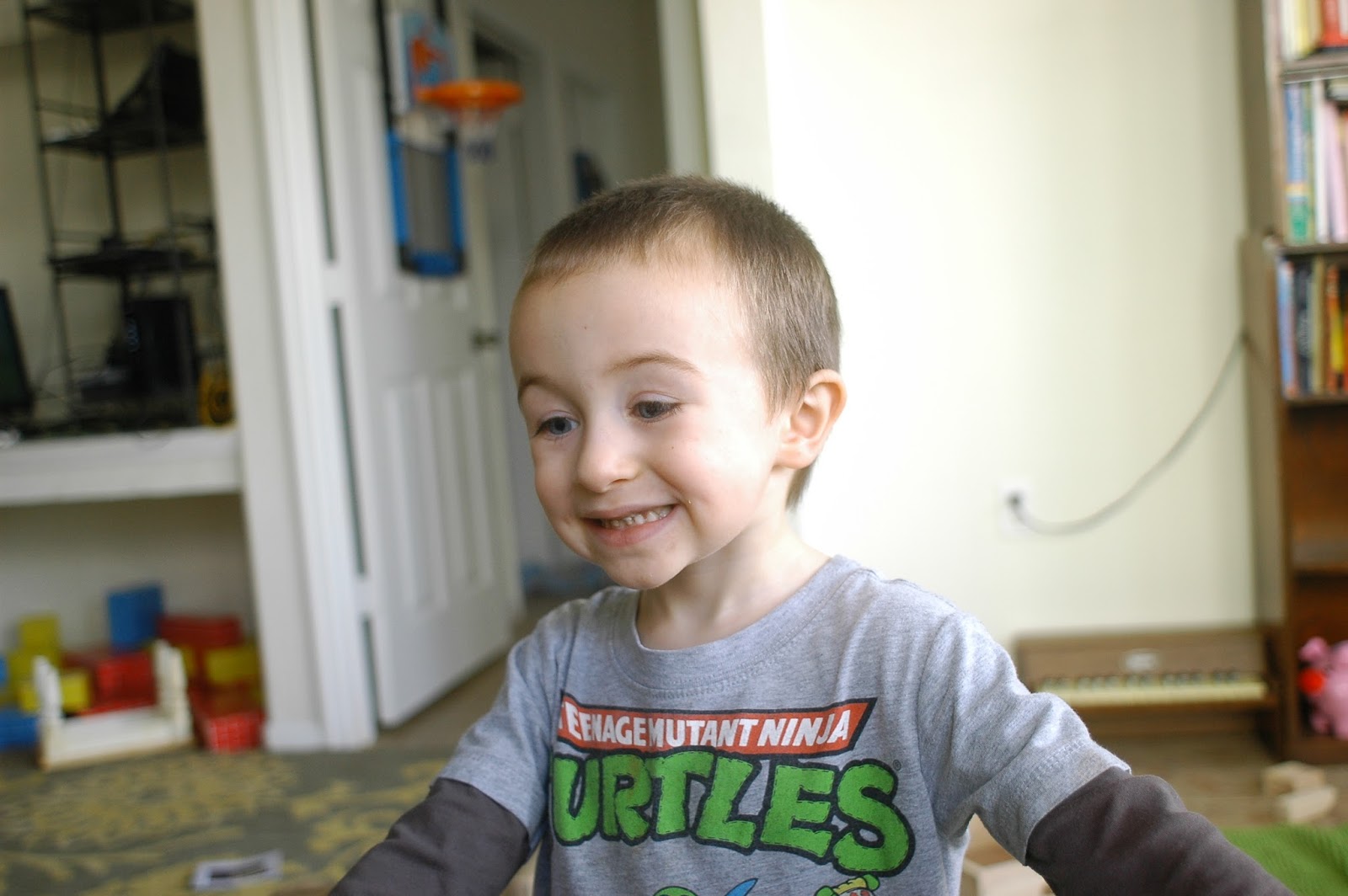