February 19, 2015
It's done.  Jimmy's lip tie is cut.  The office was 40 minutes away, our appointment was at 8:00 and we showed up 5 minutes early, thankyouverymuch.  That's a miracle. Seriously. I arrived a month early for my birth and 3 minutes early for my wedding... I'm late for everything else. I dressed the kids last night so I wouldn't have to get them ready this morning -- thank you Aunt Marye and cousin Anna for that brilliant idea! I even made Ray sleep in his shoes. 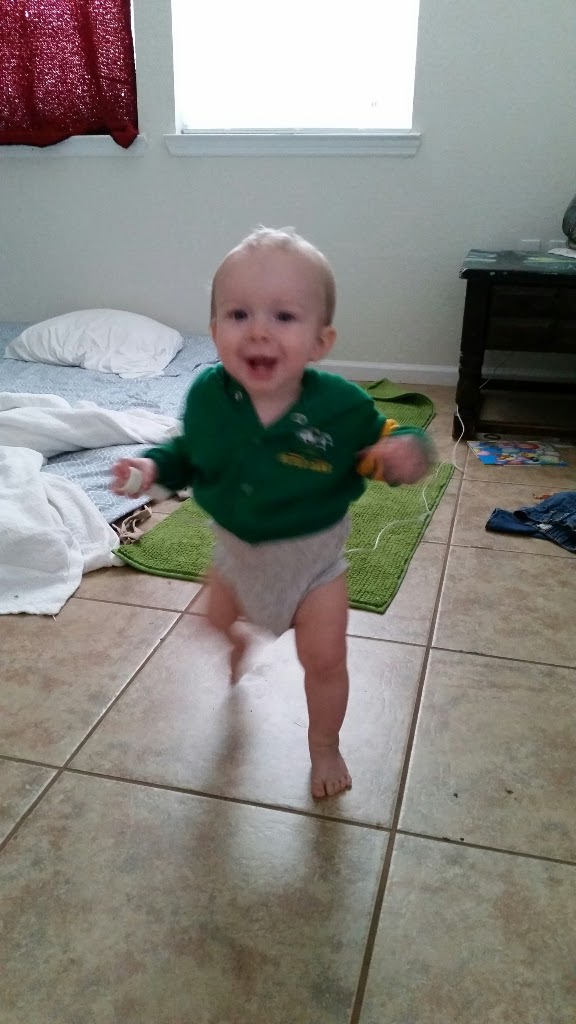 will someone please tell me what that white thing is
The nurse explained logistics to me before the doctor came, so I knew what to expect as far as holding Mr. Squirmy while his tie was assessed.  He has a lip tie and slight tongue tie. His front four teeth have cavities (ugggghhhhh). The doctor said they are manageable though and that if we are good with brushing then they shouldn't decay any further (farther?). He explained that the tie prevents fluid from draining properly away from the front teeth.  Breastmilk pools there, breaks down, and leads to cavities.  Jimmy's tie was thick and it prevented me from even brushing his teeth properly.  He's a breastfeeding advocate and made it clear that it is not breastfeeding or nightfeeding alone, rather breastmilk + tie = environment for cavities. 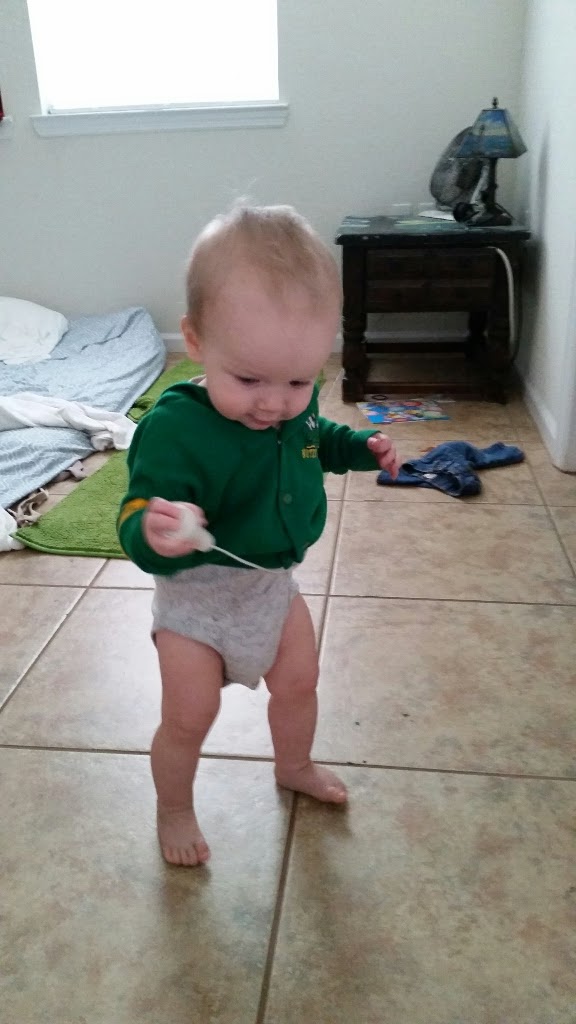 it's attached to the wall

I laid Jimmy on the examination chair. It had small vertical padded sides on either side of his head, a restraint strap for his head, soft velcro restraints for his arms, a mesh cocoon wrap with velcro and another buckle strap, and leg restraints which he kicked out of right away. After he was tucked in the nurse put little green swimming goggles on him.

The nurse numbed his lip with gel. Jimmy screamed the whole time he was restrained; I tool his socks off and rubbed his toes and I think that comforted him.  The doctor came in and gave him two injections on either side of the midline on his upper gums.  Jimmy's screams reached their highest pitch at that point and I know that he felt those shots more than anything else.  That was probably the worst part for me as well, and I found comfort in the thought of Mary watching her son's suffering, and I tried to give my suffering to them. The nurse then pulled back his upper lip while the doctor used small green laser - think ultra fine point sharpie pen - to separate his skin tie from his gumline. There was barely any bleeding and it took maybe two minutes to actually perform the frenectomy.

Then it was over. And Jimmy wanted to play with Ray. He's been smiling ever since. 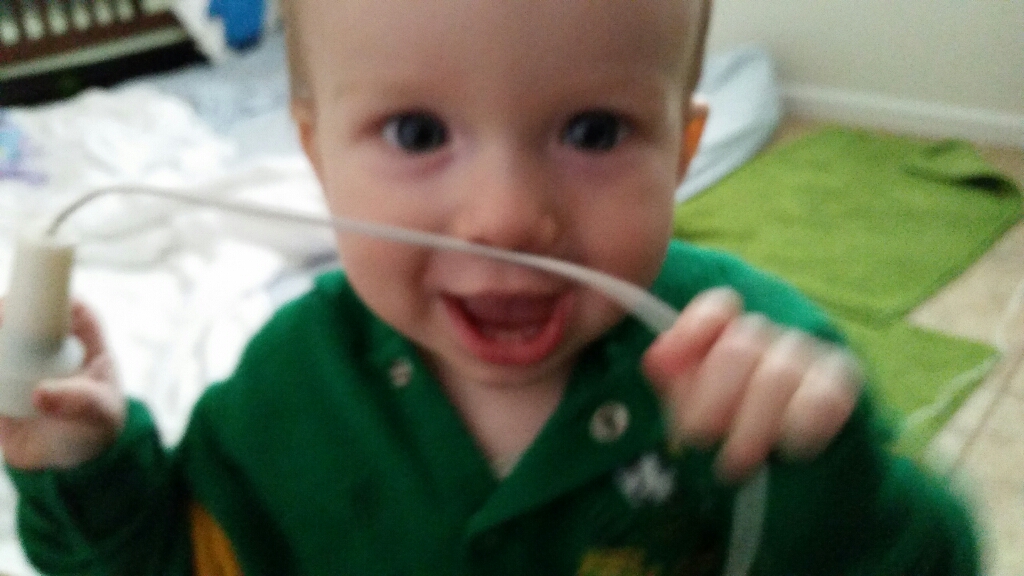 Ray sat in a corner of the room and played Angry Birds on my phone the entire time. Greg wasn't able to make the potential hour long drive after his night shift. He came home and cleaned the kitchen for me instead. And bought me flowers... and bacon. Yummmmmm

Jimmy's latch is already better. He's happy... I'm happy. We have an appointment in a month to check his cavities and see how they're doing.I'm so thankful that I have friends who told me about lip ties and cavities.

PS - I asked my guardian angel to wake me up and sure enough I woke just before my 6:00am alarm. It was wonderful!